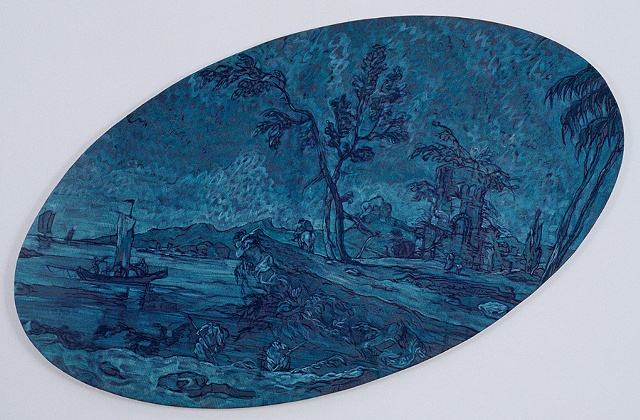 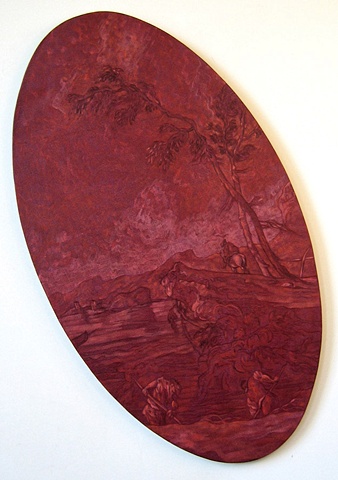 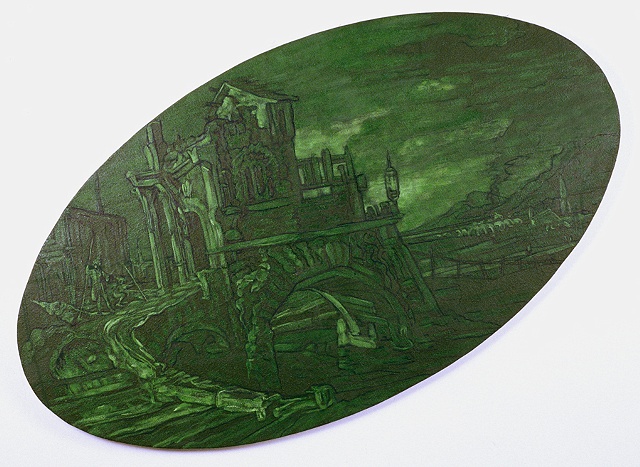 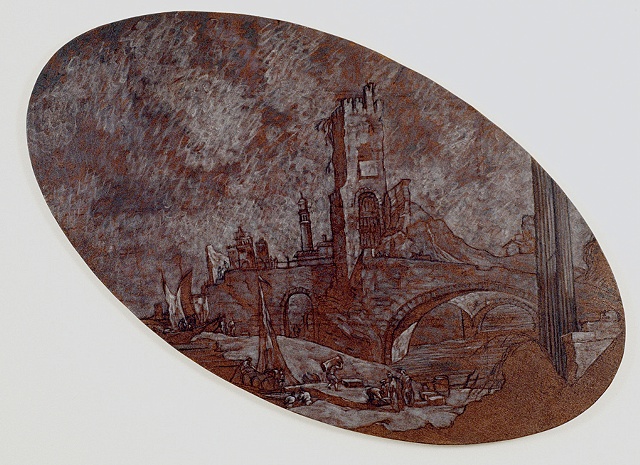 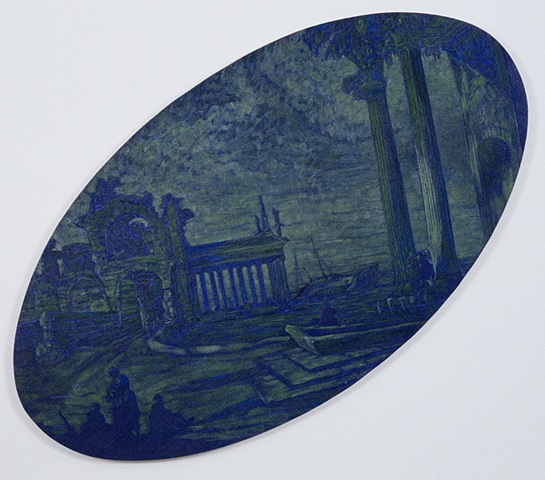 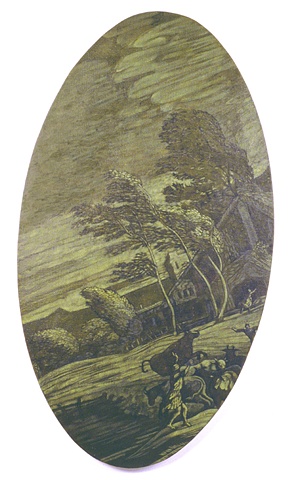 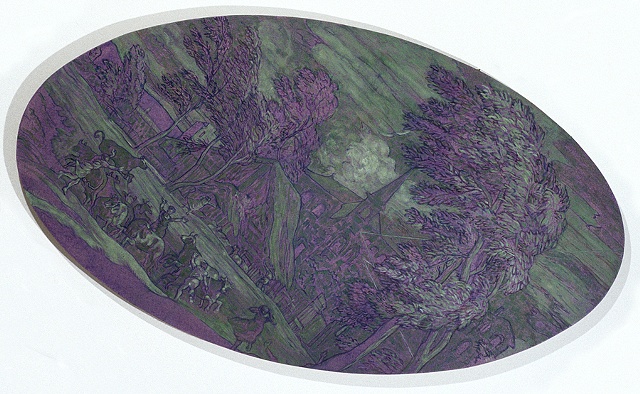 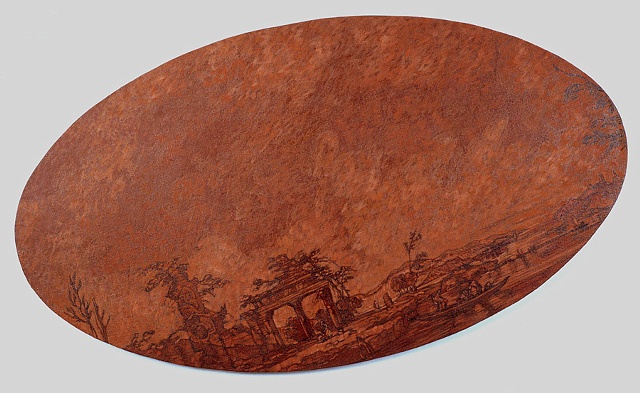 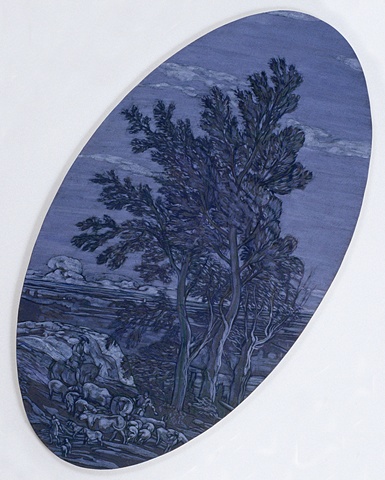 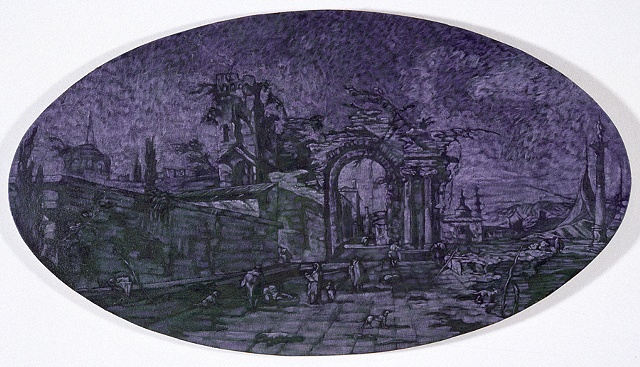 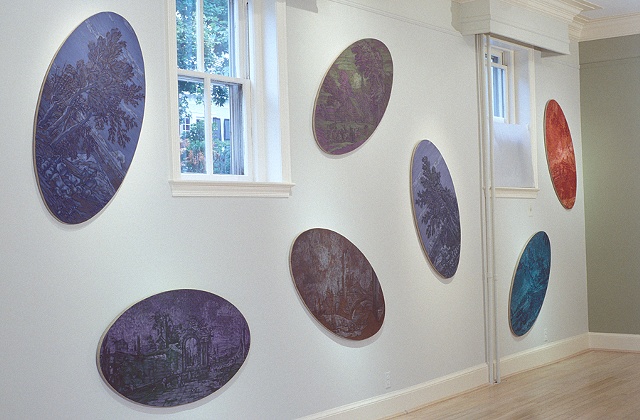 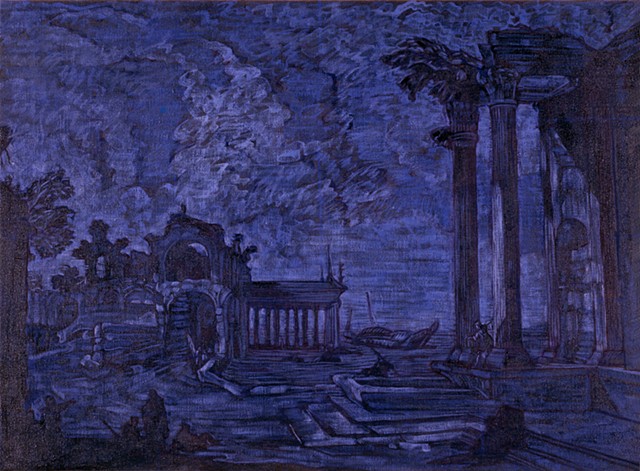 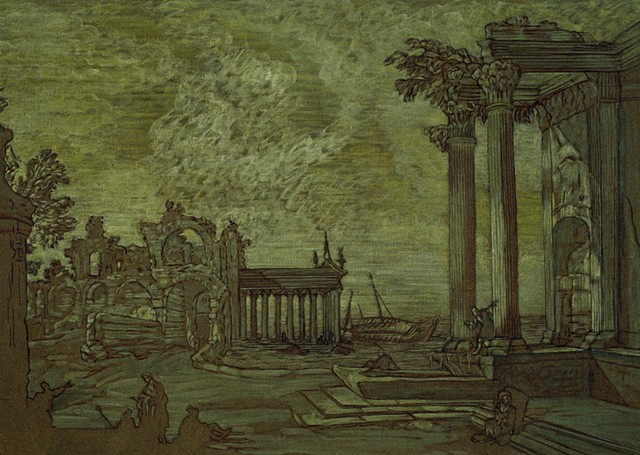 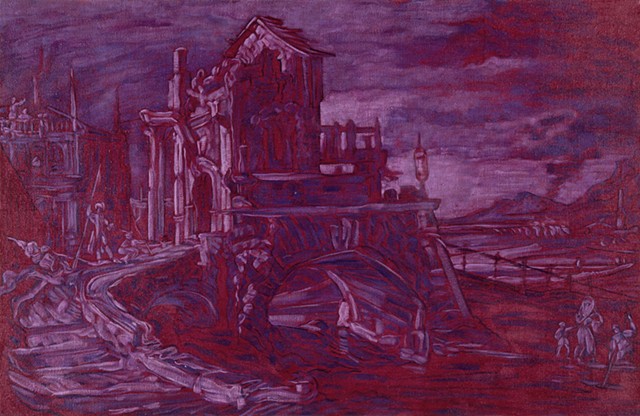 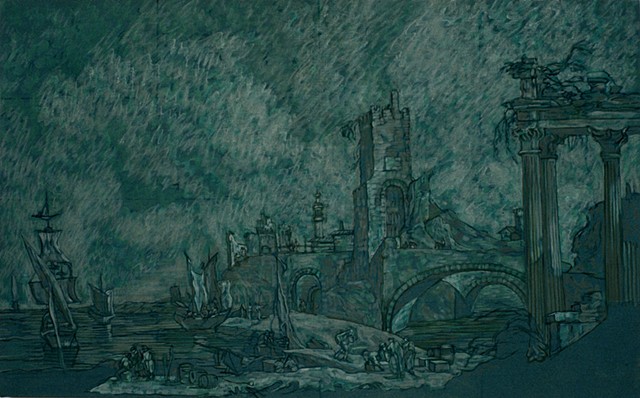 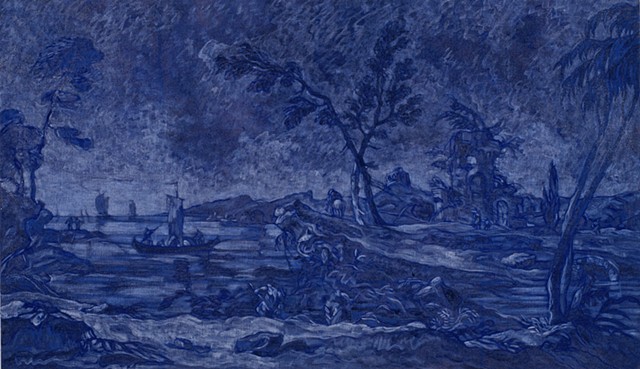 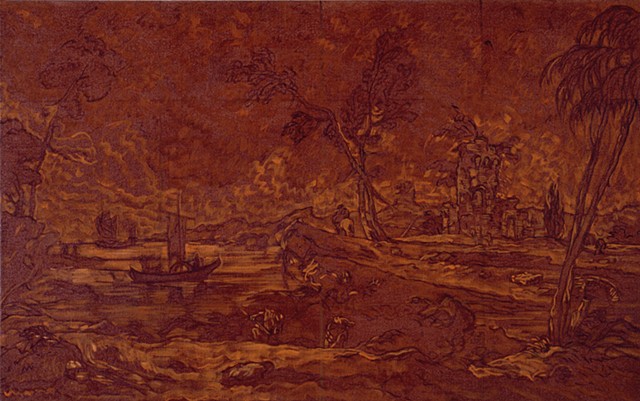 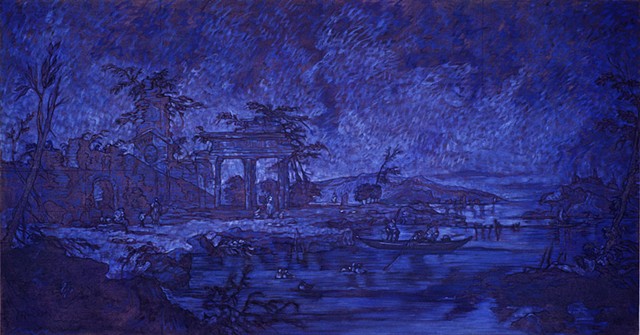 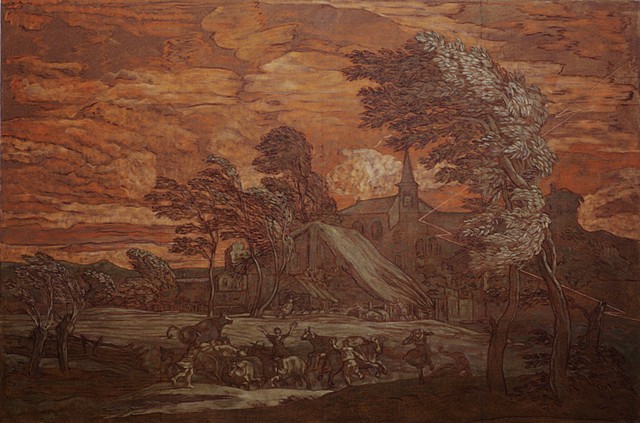 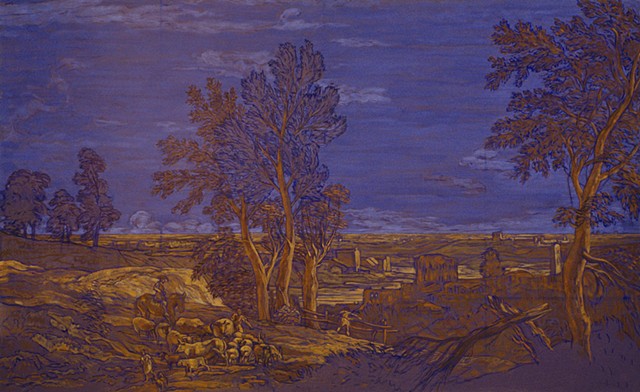 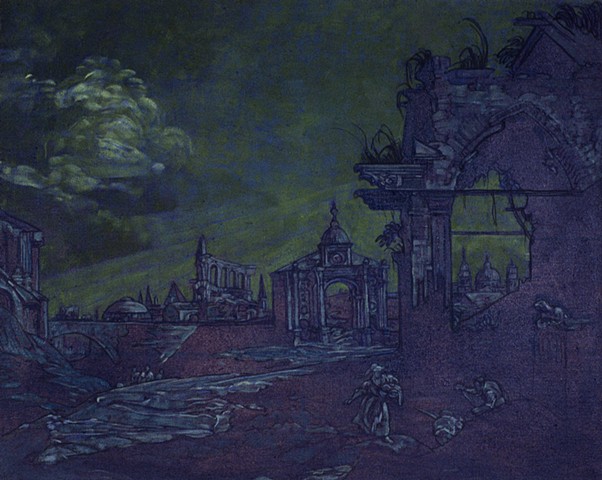 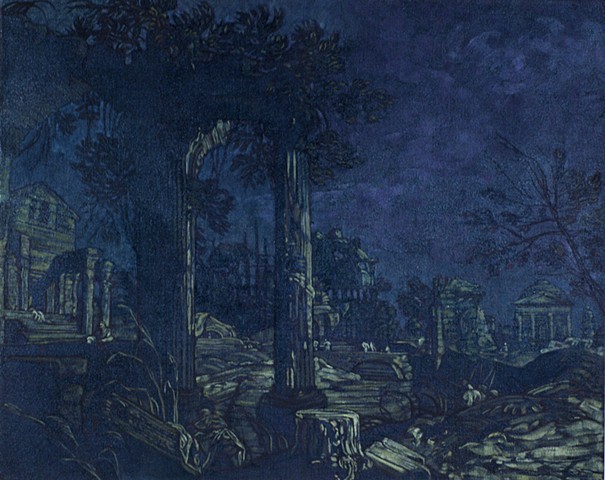 I saw my first Capriccio in Venice, Italy, in a show of Canalettos at the Cini Foundation in 2001.

A Capriccio is a form of invented landscape painting which was popular in Italy in the 18C. Unlike the more realistic Venetian views that were produced for the foreign tourists as high end souvenirs at that time, these paintings riffed on those existing forms, turning the architecture into ruins covered with overgrown gardens, populated with idealized configurations of people in antiquated dress: going to market, bringing in fish from the ocean, managing their boats, socializing under a sky of perfect weather.

In my travels I began to look for capriccios in every museum I went to, which would usually have two or three, curating my own collection of the ones I thought were the most painterly and abstract. My initial approach to understanding them was to copy them intact, while converting them to colored monochromes to emphasize their abstract qualities. While painting them I realized that although they seem whimsical and organic in structure, they all adhered to an architectural understanding of space, a perspectival view based on a grid.

I then cropped the compositions into elliptical canvases, which could then be hung at varying angles, having lost the orientation of the rectangle. This created a certain kind of disequilibrium for the viewer, if they tried to figure out what they were looking at. Our inherent instinct as vertical subjects in nature is find the horizon.

I tried to cover the spectrum of the color wheel, having seen often at the National Gallery in DC Ellsworth Kelly’s installation of colored panels (“Color Panels for a Large Wall”, 1978). Unlike Kelly’s flat simplicity my components recall motifs found in wall paper or brocade, suggesting that the solemnity of abstraction might after all simply be decorative.