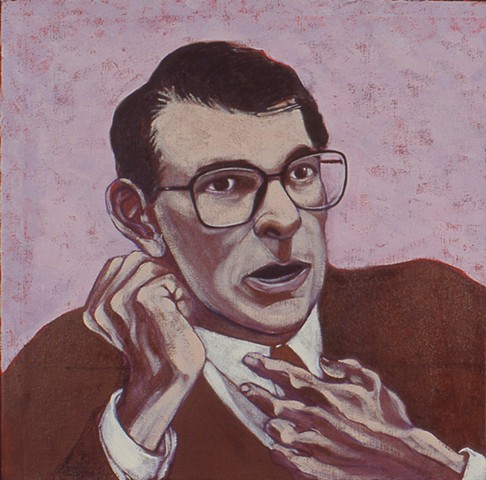 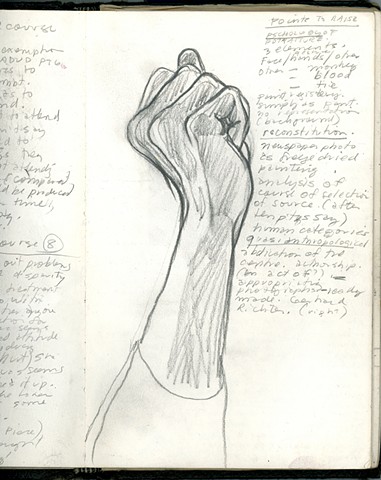 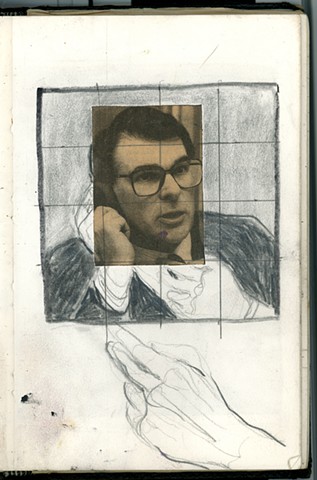 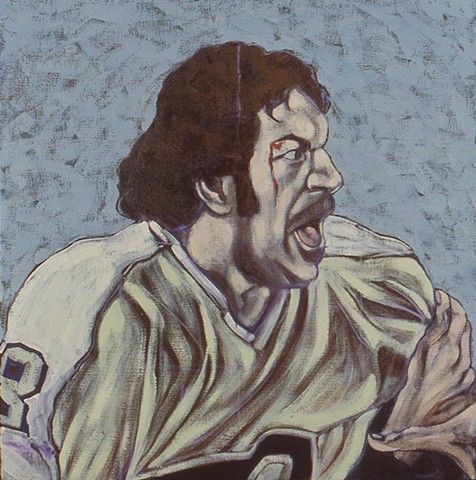 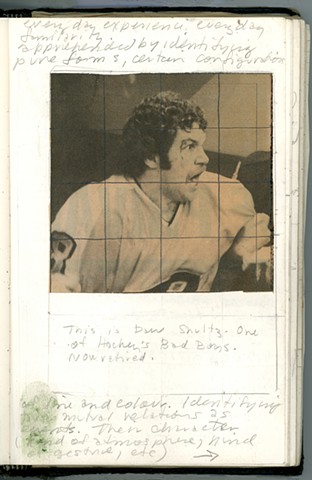 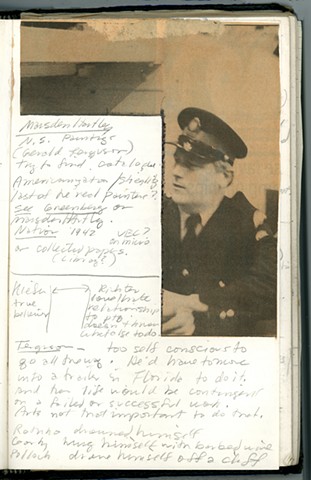 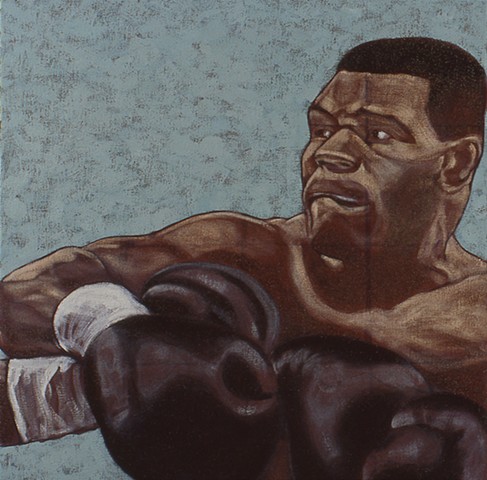 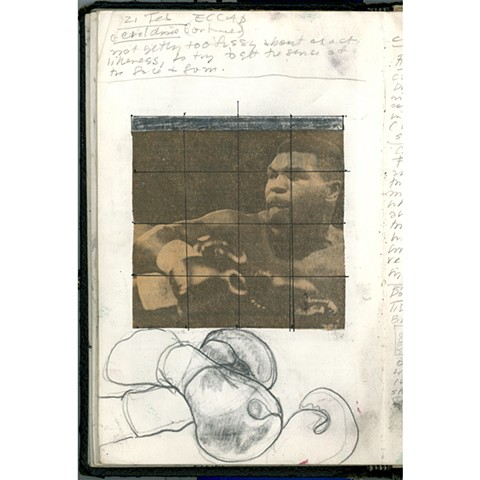 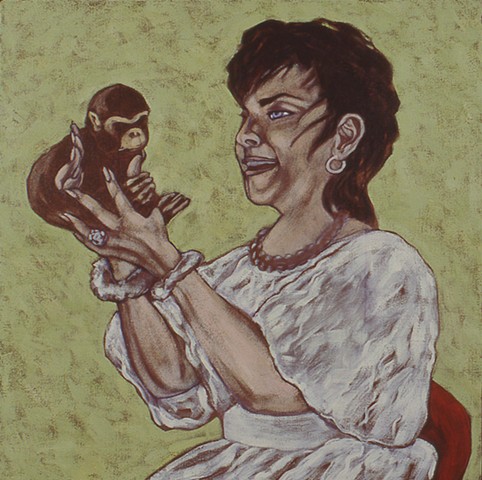 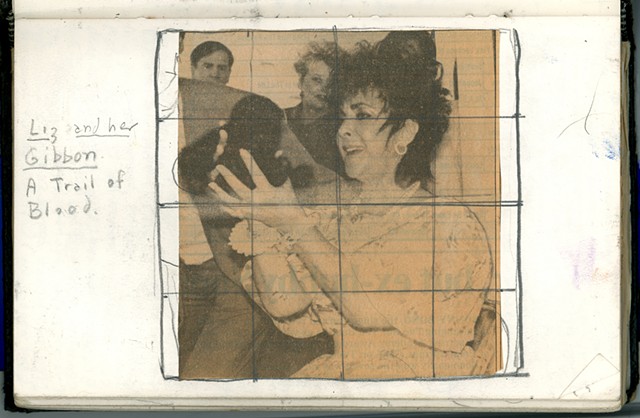 Liz and Her Gibbon
Sketchbook
9"x 6" 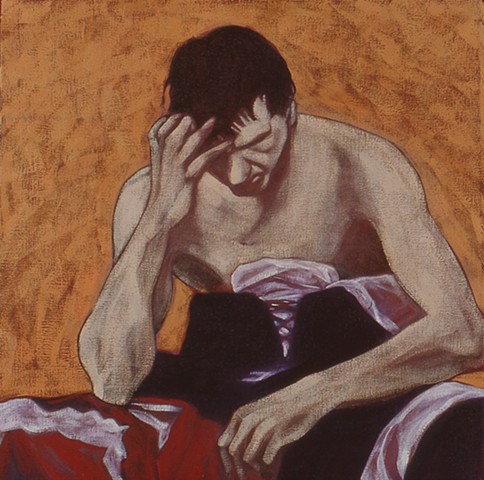 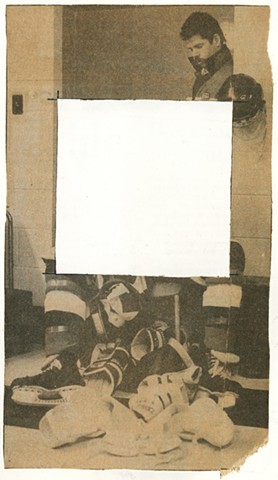 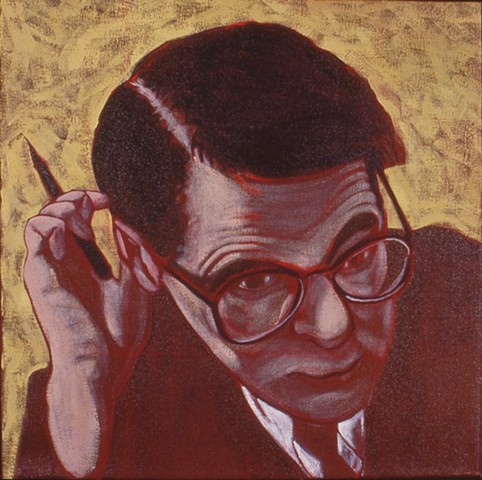 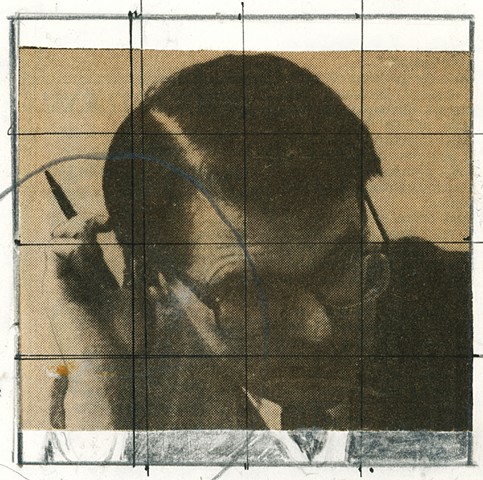 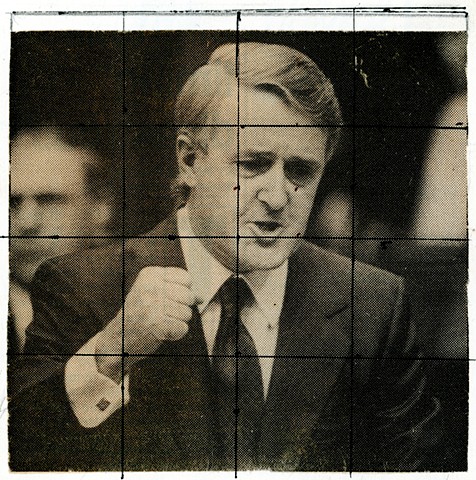 If the Prime Minister Cannot Defend the Constitution Then Let Him Resign
Newspaper Source: Globe and Mail
sketch book excerpt 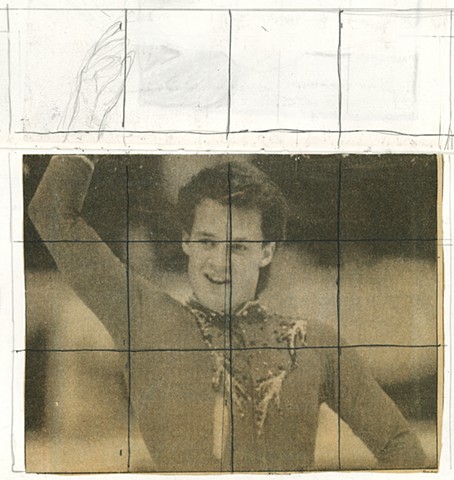 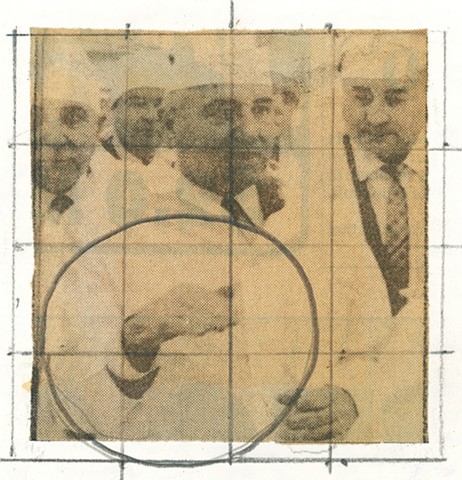 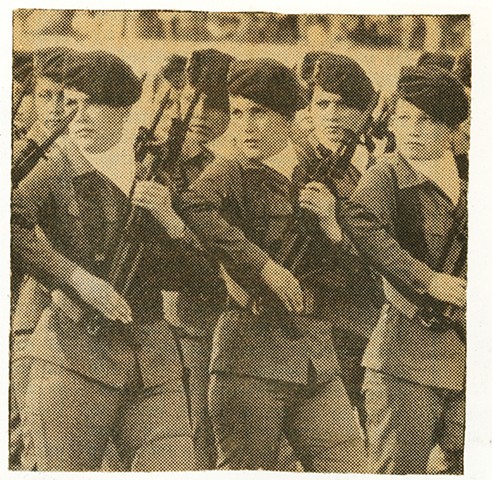 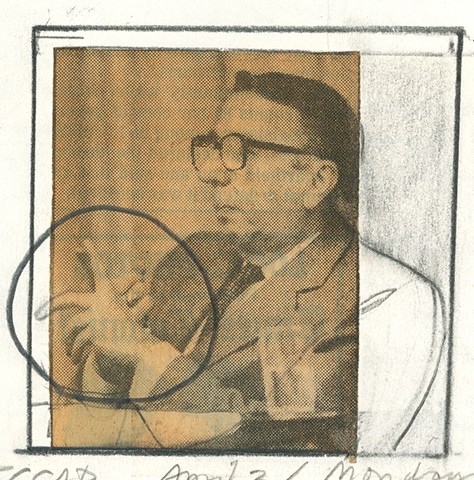 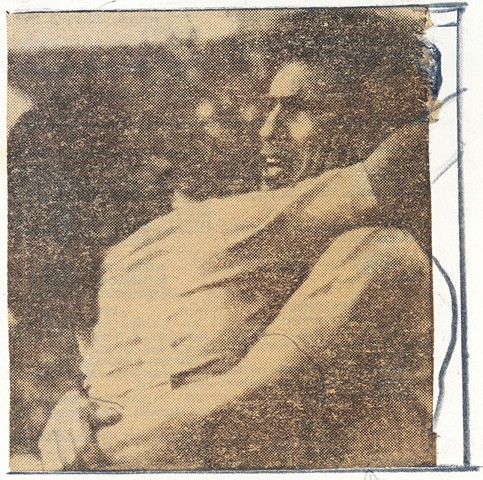 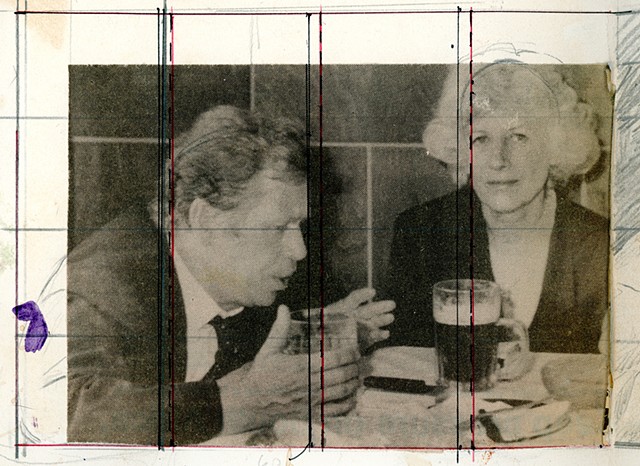 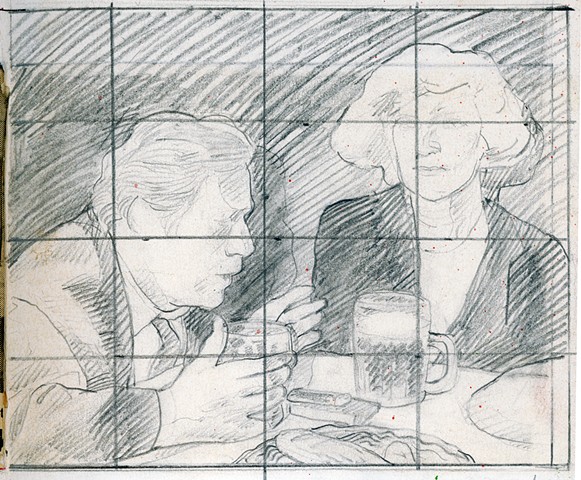 I had read an essay that Jeff Wall had written a few years before, titled "Gestus," where he talked about how the gestures of the modern body were "physically smaller than those of older art, more condensed, meaner, more collapsed, more rigid, more violent." It corresponded with what I had been interested in so far, but I had a ways to go if I wanted to break out of my own schemas. I was looking for daily currency, and in those days that meant the newspaper. There was lots going on in 1989. I clipped all kinds of subjects, but I would eventually sort them into four categories: Politics, sports, disasters and animals. With a few exceptions I didn't often find public images of women,unless it was a depiction of people grieving, or Margaret Thatcher.