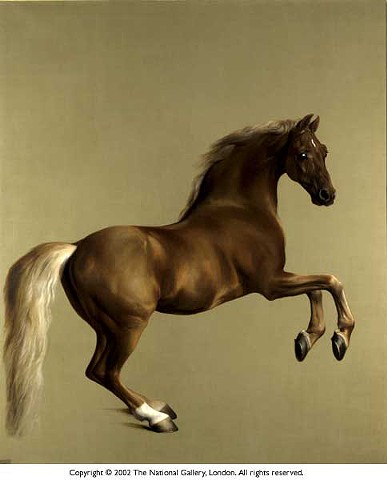 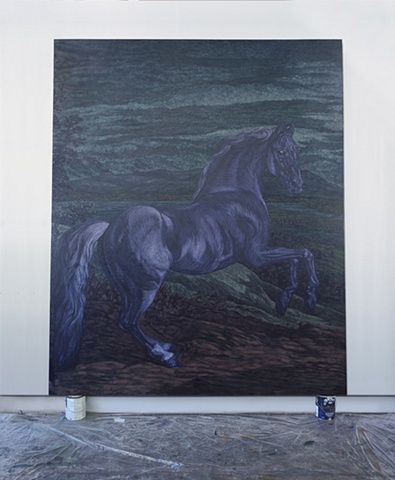 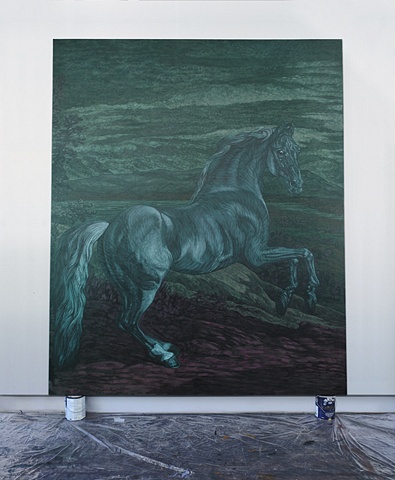 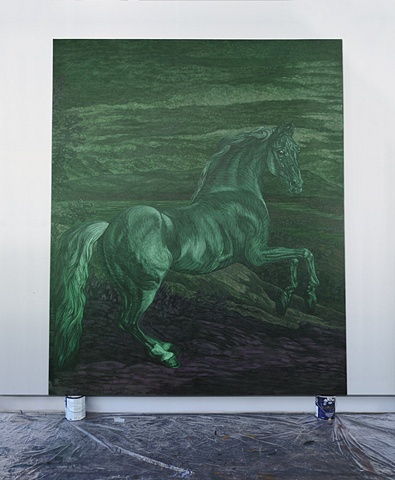 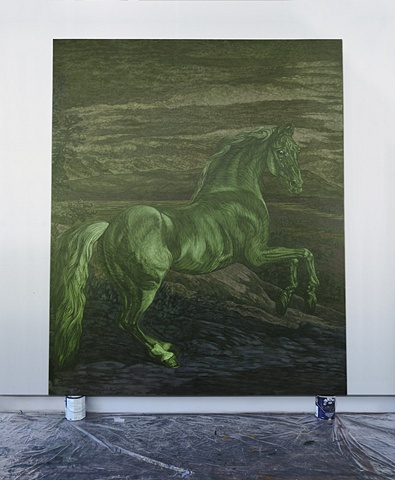 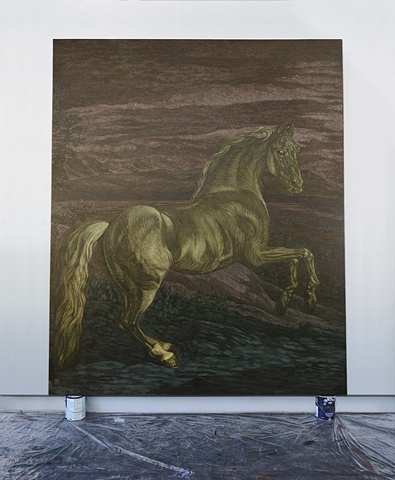 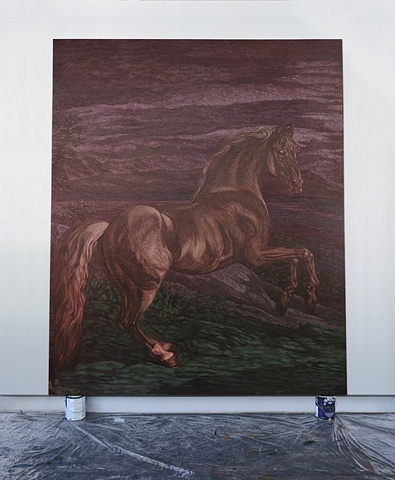 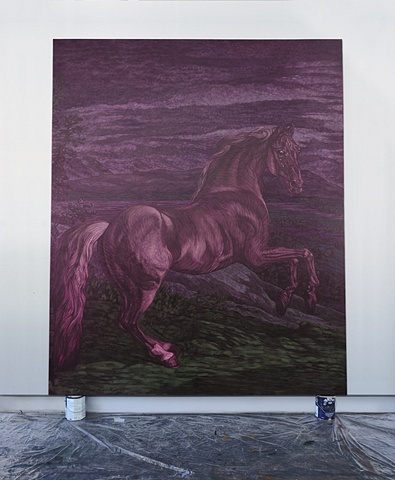 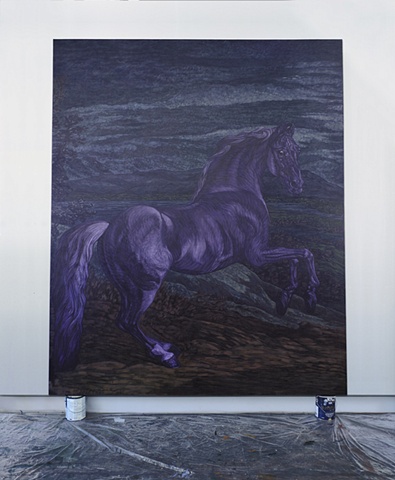 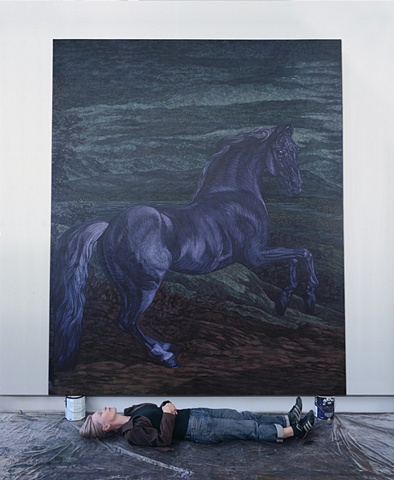 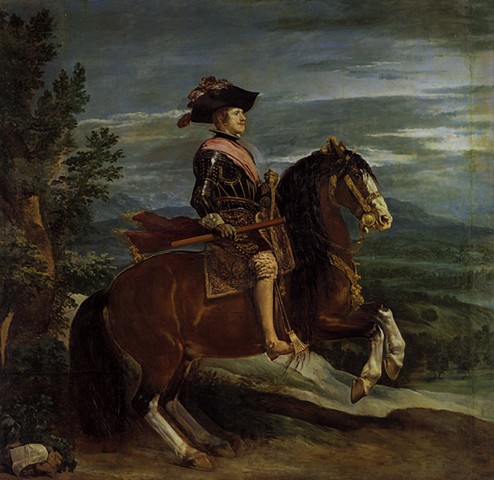 “Last Pony”, based on “Whistlejacket” by George Stubbs (c. 1762), is a reprise of earlier work of mine that dealt with the equestrian portrait and an analysis of the hero. Stubbs, at the request of his original patron, had left the background of his painting blank. Into that void I inserted the landscape from an earlier equestrian painting by Diego Velasquez, his “Phillip IV on Horseback” (c. 1634).

Working in the Washington DC context that I was, I thought the Spanish monarch’s reign had striking similarities to the current Bush administration. Riderless, the horse is about to plunge into the unknown landscape. The figure represents either the epitome of autonomous freedom or a fearful flight.

On a personal level, this painting was completed with the growing consciousness that either I was failing painting or it was failing me. Thinking of the painting as my last one, I had a photograph made and scanned of the painting just as it was being finished in the studio, standing on paint buckets on the floor. Examining that image in a digital program, I could see the wide array of color schemes I could have used for the original painting. The computer, that is, provided options – “colorways” to use a term from commercial textile production – that were almost unavailable in a traditional studio.

Once photographed, the white elephant of the museum-scaled history painting becomes artefact, documented in its last natural habitat of the studio, before it is un-stretched and rolled away for storage.